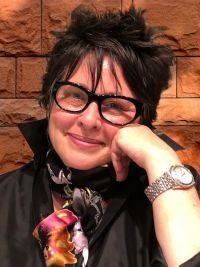 Diana attended The Fine Arts Center, a high school for the arts, in Greenville, SC before graduating from Florida State University with a BFA in theatre arts and a minor in vocal performance.

For almost 30 years, Diana has been mentoring talents in film, television, and theatre through her Imagined Life creative philosophy and practical application.

Diana Castle’s The Imagined Life - Acting as the Art of the Empathetic Imagination, is a creative philosophy and practical application of your natural empathetic imagination to the art of acting.

She teaches the art of the empathetic imagination with the focus on “illuminating alternative perceptions and possibilities of experience, facilitating catharsis and creating community through the widening of our empathetic embrace.”

Diana is featured on Deepak Chopra's “30 Days of Intent” for The Chopra Well, writes for The Huffington Post, is an adjunct professor for Columbia College/ Raleigh Studios, is a mentor in the Creative Activist™ Program (CAP) at Creative Visions Foundation, is a contributor to the Culture of Empathy, and has a series in development based on her stage play Carry the World.